be some p-divisible group of dimension d and height h, and let

be the rigid generic fiber (over

) of the associated Rapoport-Zink space. This comes with its Grothendieck-Messing period map

is etale and partially proper (i.e. without boundary in Berkovich’s sense), and so the image of

is an open and partially proper subspace* of the Grassmannian, which is usually known as the admissible locus. Let’s denote this locus by

. The structure of the admissible locus is understood in very few cases, and getting a handle on it more generally is a famous and difficult problem first raised by Grothendieck (cf. the Remarques on p. 435 of his 1970 ICM article). About all we know so far is the following:

That’s about it for general results.

To go further, let’s switch our perspective a little. Since

is an open and partially proper subspace of

is open and specializing, so its complement is closed and generalizing.  Now, according to a very general theorem of Scholze, namely Theorem 2.42 here (for future readers, in case the numbering there changes: it’s the main theorem in the section entitled “The miracle theorems”), if

is any diamond and

is any locally closed generalizing subset, there is a functorially associated subdiamond

. More colloquially, one can “diamondize” any locally closed generalizing subset of

, just as any locally closed subspace of

comes from a unique (reduced) subscheme of

It turns out that one can actually get a handle on

in a bunch of cases!  This grew out of some conversations with Jared Weinstein – back in April, Jared raised the question of understanding the inadmissible locus in a certain particular period domain for

with non-minuscule Hodge numbers, and we managed to describe it completely in that case (see link below). Last night, though, I realized we hadn’t worked out any interesting examples in the minuscule (i.e. p-divisible group) setting! Here I want to record two such examples, hot off my blackboard, one simple and one delightfully bizarre.

is a single classical point, corresponding to the unique filtration on

which is not weakly admissible. So

isoclinic$.  Now things are much stranger.  Are you ready?
Theorem. In this case, the locus

is naturally isomorphic to the diamond

is an open perfectoid unit disk in one variable over

is the division algebra over

with invariant 1/3, acting freely on

in a certain natural way. Precisely, the disk

arises as the universal cover of the connected p-divisible group of dimension 1 and height 15, and its natural

-action comes from the natural

This explicit description is actually equivariant for the

. As far as diamonds go,

is pretty high-carat: it’s spatial (roughly, its qcqs with lots of qcqs open subdiamonds), and its structure morphism to

is separated, smooth, quasicompact, and partially proper in the appropriate senses. Smoothness, in particular, is meant in the sense of Definition 6.1 here (cf. also the discussion in Section 4.3 here). So even though this beast doesn’t have any points over any finite extension of

The example Jared and I had originally worked out is recorded in section 5.5 here. The reader may wish to try adapting our argument from that situation to the cases mentioned above – this is a great exercise in actually using the classification of vector bundles on the Fargues-Fontaine curve in a hands-on calculation.

Anyway, here’s a picture of

, with some other inadmissible loci in the background: 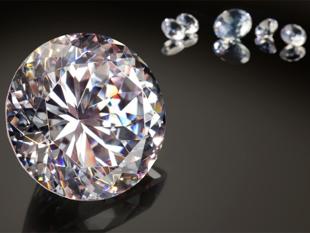 *All rigid spaces here and throughout the post are viewed as adic spaces: in the classical language,

does not generally correspond to an admissible open subset of

, so one would be forced to say that there exists a rigid space

together with an etale monomorphism

. But in the adic world it really is a subspace.